Gluten-free in Vijlen, Vaals and the Three-Border-Region, the Netherlands

Vijlen is the mountain village of the Netherlands. The village is located in the South-East part of the Dutch province of Limburg. Vijlen is part of the municipality of Vaals. Vijlen is the highest situated town in the Netherlands located on top of the Vijlenerberg (Vijlener hill). The neo-gothic and Catholic St. Martinus church, which is located in the center of the village, is known as the highest located church in the country. The area around the village is well known for its natural environment (Vijlenerbos – Vijlener forest) and pretty landscapes.

From Vijlen it’s a 30 minutes drive to Maastricht. This beautiful city in the south is also definitely worth a visit. Read my gluten-free guide about Maastricht!

Besides, from Vijlen it’s also only 10 km to Aachen, Germany. Great for a day-trip right? Read my gluten-free guide about Aachen.

The Vijlenerberg pubs routes are a cooperation between ten cosy pubs and cafes on and around the Vijlenerberg (Vijlener mountain). These bars are known for their informal and cosy atmosphere. All pubs are connected by walks, so you can start at one bar, pause at the next bar (or two) and then go back to the first bar.

In the middle of the Vijlener Forests on a dirt road somewhere between the village of Vijlen, Epen and Vaals you will find Boscafé “t Hijgend Hert”. The restaurant has a sunny terrace where you can  enjoy beautiful panoramic views with buzzards and hawks flying by if you are lucky. Inside its very atmospheric with a natural stone fireplace burning on cold and rainy days.

We ate lunch and dinner at this cosy restaurant. The staff was friendly and informed me well about gluten-free options. Also allergens, including gluten, are marked on the menu. Gluten-free bread is available so for lunch there were plenty of options which they could adapt to a gluten-free diet. For lunch I choose bread with goat cheese and bacon served with a side of salad. For dinner I had a tasty beef steak served with garlic butter and fresh vegetables. As a side I got potatoes instead of fries.

You will find Boscafé – t Hijgend Hert on Harles nº23, Vijlen, The Netherlands.

We only stopped for a drink but Herberg Oud Holset also markes allergens, including gluten, on their menu.

You will find Restaurant Herberg Oud Holset on Holset nº54, Lemiers, The Netherlands. 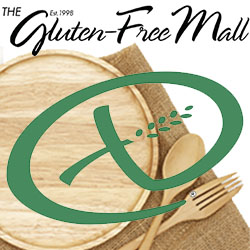